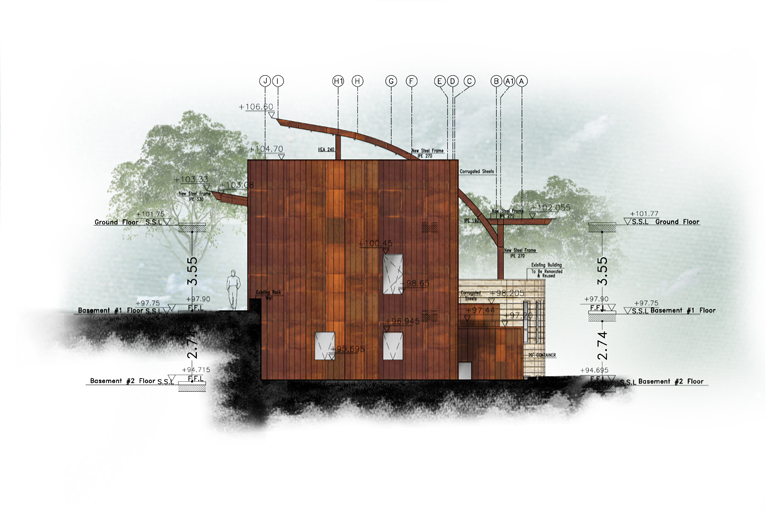 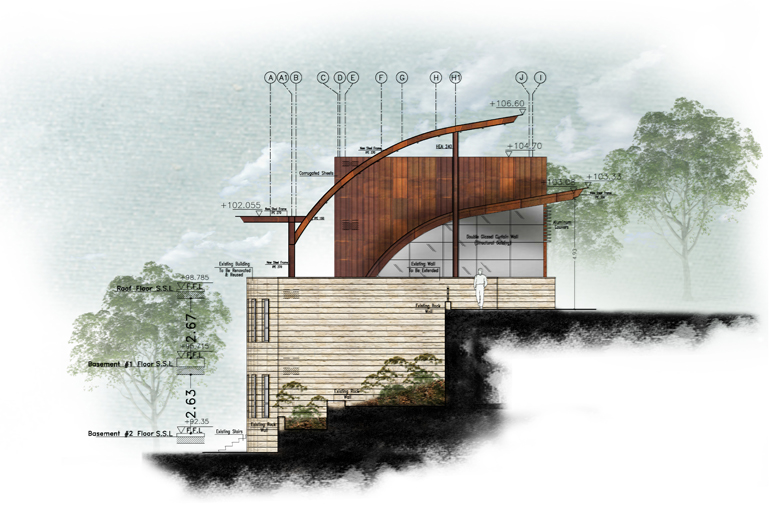 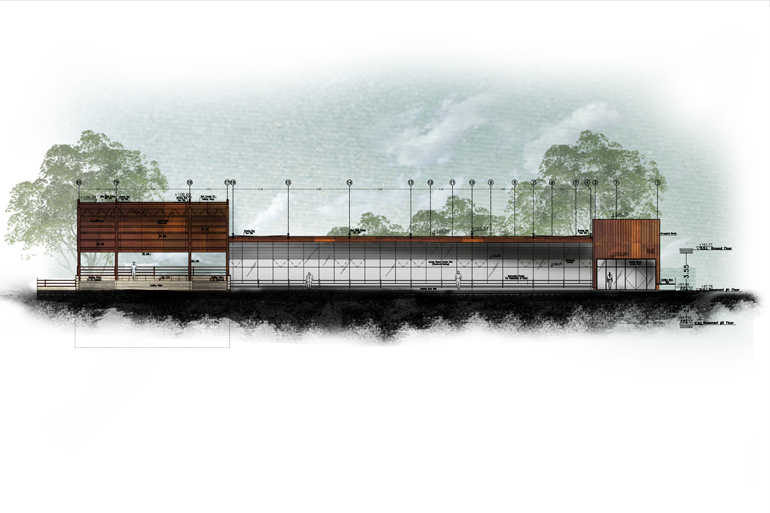 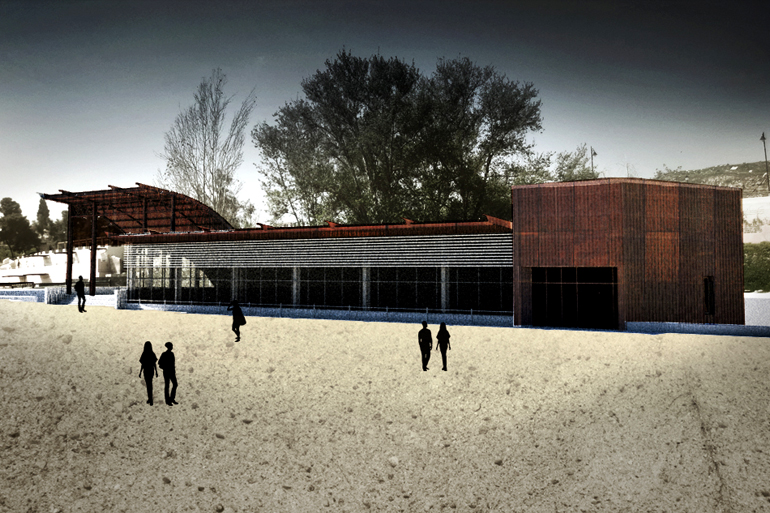 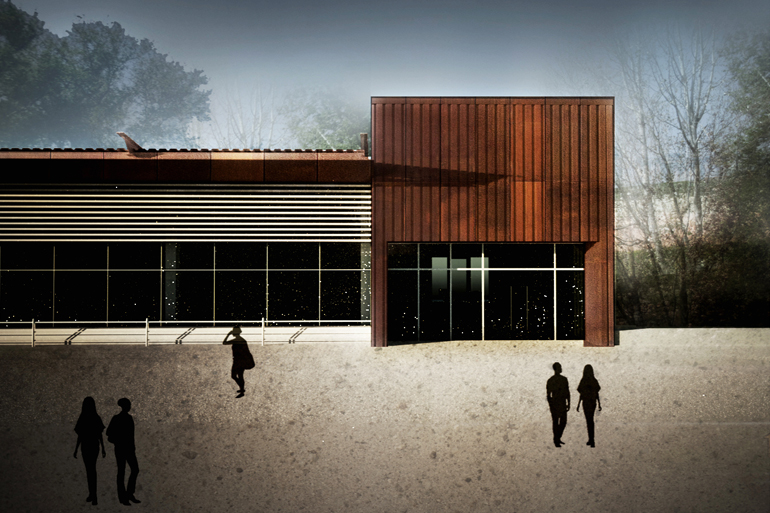 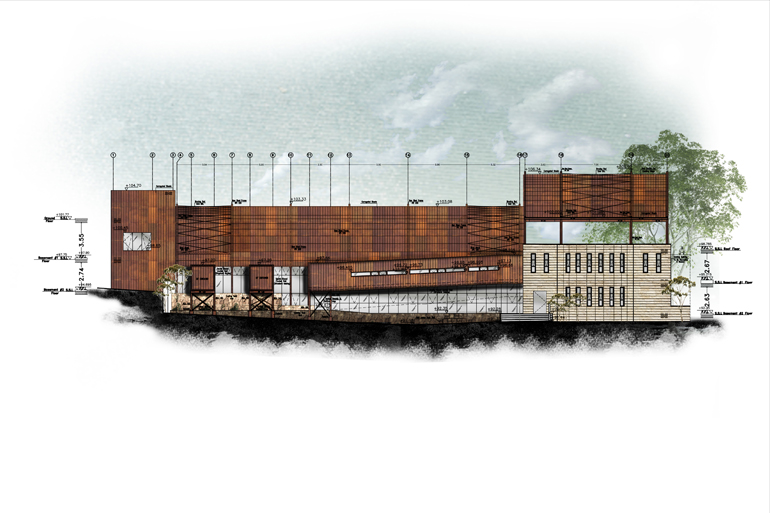 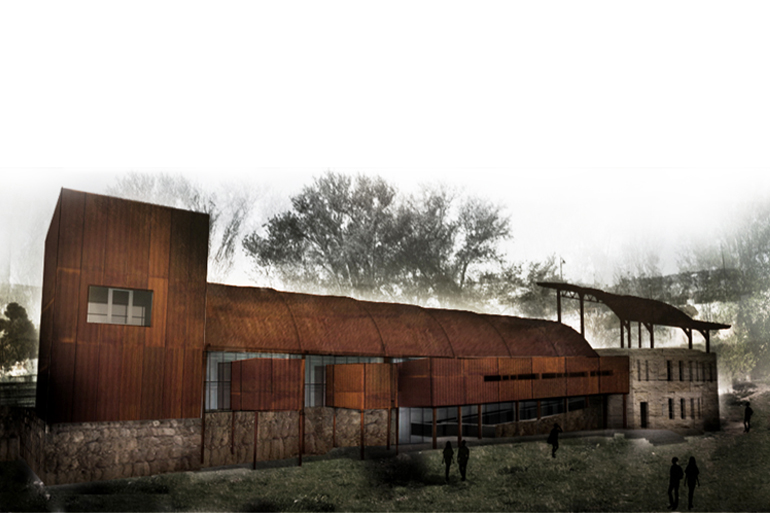 Sponsored by the Swiss Agency for Development and Cooperation (SDC), the Swiss Cooperation Office Jordan this Awareness Center will be located in Jerash to the west of the Roman baths and is composed of an existing building and a new steel structure.

The Awareness Center aims to educate visitors including school and university students as well as citizens and tourists about earthquakes and climate changes in general and in the Jordan and the Region. It is composed of exhibition spaces displaying information in various ways about disaster risk reduction including an audio-video room showing the reconstruction of the City of Jerash during the Roman times and a Simulation Room allowing the vistors to experience earthquakes of different magnitudes.

The steel structure will be standing in contrast with the context around but still not imposing its presence since it is located one floor lower than the plaza next to the Roman baths. The steel columns are planted in front of a Roman stone wall making it a background for the display panels and a dramatic elements in the interior space of the main exhibition hall. The Corten Steel color makes the structure blend with the colors of the surrounding Roman rock structures but stands out as a modern steel structure.

Handicapped access is offered by means of an elevator and ramps that take visitors all through exhibition spaces and allowing views to the valley and stream and offering visual interaction between visitors in various spaces.